The colleges the Founding Fathers graduated from were seminaries; some of them are: Princeton, Harvard, and Yale. Most of the Founding Fathers were not pastors, but were church officers, elders, managers, or founders of Bible societies; showing the clergy label upon them is correct.

It is correct then, that almost half the signers of the Declaration of Independence, as well as most every Founding Father graduated from orthodox Christian teaching seminaries. That Harvard, and William and Mary taught infidelity[a disbelief in the Scriptures and in Christianity] is irrelevant; the relevant point is did the founding fathers subscribe to infidelity? The answer is a definite no!(emphasis added) Infidels Thomas Jefferson, John Marshall(became orthodox at the end of his life), and John Adams are the only popular founding fathers who attended hotbeds of infidelity that were not orthodox; William and Mary, and Harvard respectively.

Many of our Founding Fathers graduated from seminaries, were considered church elders/church officers; here is a small list:

SAMUEL ADAMS, SIGNER OF THE DECLARATION, FATHER OF THE REVOLUTION, ATTENDED HARVARD, WAS ORTHODOX.

RUFUS KING (SIGNER OF THE CONSTITUTION): Selected as manager@ of the American Bible Society, Signer of the Constitution, Ratifier of the Bill of Rights, ATTENDED HARVARD, WAS ORTHODOX.

JOHN LOWELL (REVOLUTIONARY OFFICER; MEMBER OF THE CONTINENTAL CONGRESS): Member of the Society for the Propagating of the Gospel among the Indians and Others. ATTENDED HARVARD, WAS ORTHODOX. Authored Article I in Massachusetts Constitution of 1779, and his insistence upon its adoption into the Bill of Rights, "All men are born free and equal, and have certain natural, essential and inalienable rights, among which may be reckoned the right of enjoying and defending their lives and liberties..."

JAMES BOWDOIN (GOVERNOR OF MASSACHUSETTS): Member of the Society for Propagating the Gospel Among the Indians and Others. ATTENDED HARVARD, WAS ORTHODOX.

JOEL BARLOW (DIPLOMAT UNDER WASHINGTON AND ADAMS): Chaplain in the American Revolution for three years. ATTENDED YALE, WAS ORTHODOX, NOT BECOMING A LIBERAL UNTIL 1794.

JOHN TREADWELL (GOVERNOR OF CONNECTICUT; MEMBER OF CONTINENTAL CONGRESS): Member of the Missionary Society of Connecticut. ATTENDED YALE, WAS ORTHODOX.

Most of these men were important Founding Fathers, which, without their leadership militarily, or as ratifiers of the Constitution, the United States would not exist as it is. Some of the secularist claims distort the issue, or twist the context so all the colleges appear to teach infidel principles and that every framer was an infidel; that deceit does not get past this blog. Here is an example:

"Barton is the one who most notably asserts something along the lines of 27 signers of the Declaration of Independence had "seminary" degrees. The reality is, they had degrees from places like Harvard, Yale, and Princeton which were originally founded with orthodox Christian missions. Something the Christian Nation crowd doesn't tell us about these "Christian" colleges, is during the time the founders (and the ministers they followed) were educated, those colleges became hotbeds of "infidelity," and even the seminary schools trained their ministers in "infidel" principles. The result was Harvard trained ministers like Jonathan Mayhew, Samuel West, and Charles Chauncy embraced theological unitarianism, universalism and rationalism and, in so doing, arguably ceased being "Christian," (or at least "Christian" as defined by its historic orthodoxy). These men also delivered the most notable and influential pro-revolutionary sermons from the pulpit. And even Witherspoon, who was an orthodox Christian, when he argued for Revolution from the pulpit, left his orthodox Christianity at the church door and instead turned to Locke, the Scottish Enlightenment and rationalism, because the Bible/orthodox Christianity could not provide a sufficient basis to justify revolt while those a-biblical sources could and did." http://jonrowe.blogspot.com/2007/10/david-bartons-myths-strike-mike.html

First, Princeton University was Presbyterian that did not teach infidel principles; Yale did not teach infidelity whatsoever; the student body may have been corrupt, but that has nothing to do with Yale, Penn, Columbia, Dartmouth, Princeton, or any other seminaries' curriculum. The fact is, the faulty curriculum of Harvard and William and Mary had no effect on the beliefs of the Founding Fathers; most likely Jefferson, and John Adams held their beliefs before they entered seminary, Jefferson a universalist, Adams a unitarian. Notice how this secularist names the different colleges, but only mentions preachers from Harvard; the list of orthodox preachers from the other seminaries(which are many more), or the orthodox preachers who came from Harvard he doesn't list.

"and many others including America’s key founding fathers, as theological unitarians and universalists arguably weren’t “Christians” (at least not as evangelicals or Catholics understand the term). Keep that in mind next time proponents of the Christian America thesis note the involvement of ministers or figures with “seminary” degrees who played key roles in America’s founding." http://www.positiveliberty.com/2007/09/conditions-of-orthodoxy-at-founding-era-colleges.html

This is a false statement, as there are not many other founding fathers who were unitarians and universalists, there are a few at the most: Washington, Franklin, Jefferson, John Adams, and John Marshall are the more popular ones that come to mind. In the end, the infidelity Harvard and William and Mary taught is irrelevant to the beliefs of the Founding Fathers. Some may have indeed turned to Born Again Christian John Locke for his beliefs on some issues; a justification to revolt is in the Bible, of which the framers knew.

"As to the first species of warfare, in every state or kingdom, the government or executive ruler has, throughout all ages, pursued, and often at the expense of blood, attacked, captured, and subdued murderers, robbers, and other offenders; by force confining them in chains and in prisons, and by force inflicting on them punishment; never rendering to them good for evil, for that duty attaches to individuals in their personal or private capacities, but not to rulers or magistrates in their official capacities. This species of war has constantly and universally been deemed just and indispensable. On this topic the gospel is explicit. It commands us to obey the higher powers or ruler. It reminds us that “he beareth not the sword in vain”; that “he is the minister of God, and a revenger to execute wrath upon him that doeth evil.” Now, if he is not to bear the sward in vain, it follows that he is to use it to execute wrath on evildoers, and consequently to draw blood and to kill on proper occasions.
As to the second species of warfare, it certainly is as reasonable and as right that a nation be secure against injustice, disorder, and rapine from without as from within; and therefore it is the right and duty of the government or ruler to use force and the sword to protect and maintain the rights of his people against evildoers of another nation. The reason and necessity of using force and the sword being the same in both cases, the right or the law must be the same also."

John Jay, appointed by President George Washington as the first Chief Justice of the United States Supreme Court. In addition to serving on the Supreme Court, Jay had a very distinguished history of public service. He was a member of the Continental Congress (1774-76, 1778-79) and served as President of Congress (1778-79); he helped write the New York State constitution (1777); he authored the first manual on military discipline (1777); he served as Chief-Justice of New York Supreme Court (1777-78); he was appointed minister to Spain (1779); he signed the final peace treaty with Great Britain (1783); and he was elected as Governor of New York (1795- 1801). Jay is also famous as one of the three coauthors, along with James Madison and Alexander Hamilton, of the Federalist Papers, which were instrumental in securing the ratification of the federal Constitution. John Jay was a strong Christian, serving both as vice-president of the American Bible Society (1816-21) and its president (1821- 27), and he was a member of American Board of Commissioners for Foreign Missions. In this series of letters, John Jay expounds on the Biblical view of war. The Correspondence and Public Papers of John Jay, Henry Johnston, editor (New York: G. P. Punam's Sons, 1893), Vol. IV, pp. 391-393, 403-419, letters to John Murray, October 12, 1816 and April 15, 1818. http://www.wallbuilders.com/LIBissuesArticles.asp?id=64

Posted by Our Founding Truth at 6:25 PM

Some of the orthodox preachers include:

Thanks for posting this information. I am trying to combat a Leftie on my blog who says that the number of Founders who had seminary degrees was wrong after I posted Barton's wonderful speech.

Genial dispatch and this mail helped me alot in my college assignement. Say thank you you for your information.

The online translation portal YakuYaku is willing to work with new translators who would like to be part of its young community. Beginners/Students/Freelancers trying to gain experience are accepted as well forｲprofessional translation services. The quantity of available jobs depends on the number of visitors
and you will get an alarm whenever a new job with the languages you work with is live.
Apart from jobs postions, Professional articles will help you get used to this industry together with a section with resources, events, books...
Translation help and support is provided through our forum.

I'm new here.
Btw, I happen to be a [url=http://newdinarchat.com/forums/member.php?u=6260 ]lawyer[/url], too. :D
Hopefully I can contribute here!

The best hearts are always the bravest.

We [url=http://www.casino-online.gd]online casino[/url] be subjected to a ample library of utterly free casino games as a replacement for you to play right here in your browser. Whether you want to unaccustomed a provisions game plan or honest sample exposed a insufficient new slots once playing on the side of genuine filthy lucre, we procure you covered. These are the claim same games that you can engage at real online casinos and you can play them all in requital for free.

Please edit your blog post to get rid of the ALL CAPS text. It's causing confusion about whether a majority of our Founding Fathers were Eastern Orthodox.

There's no way to say lower-case "o" orthodox when you use all-caps. Plus, it looks juvenile and does nothing to promote our cause among those who need convincing.

If some one wants expert view about running a blog then i
propose him/her to pay a quick visit this web site, Keep up the pleasant job.

Hello would you mind sharing which blog platform you're working with? I'm looking
to start my own blog soon but I'm having a difficult time deciding between BlogEngine/Wordpress/B2evolution and Drupal. The reason I ask is because your design and style seems different then most blogs and I'm looking for
something unique. P.S My apologies for being off-topic
but I had to ask!

Everything is very open with a really clear clarification of the issues.
It was really informative. Your website is useful.

Take a look at my page :: www.cuteteenporn.net

This article is really a nice one it helps
new net users, who are wishing for blogging.

George Washington was a Warden and Vestryman of his Anglican parish. No evidence that he held unorthodox beliefs, although his outreach to Jews was unprecedented in a Christian leader.

America to Pray or not to Pray 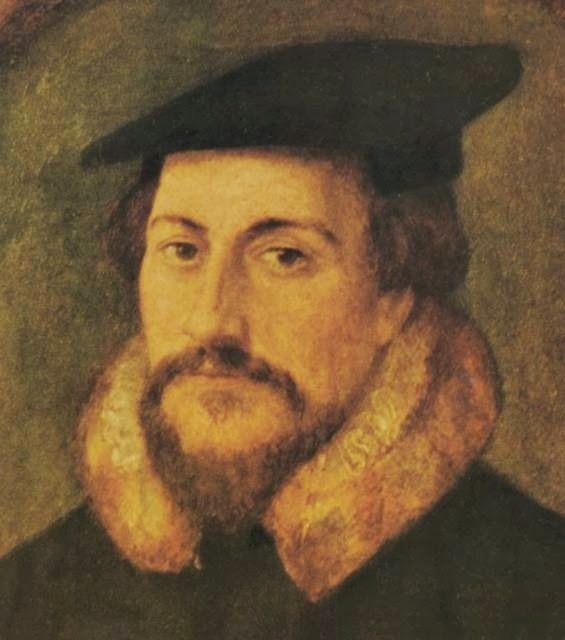